My essay ‘Binary School’ about my experience attending a Modern Orthodox Jewish school as a queer and non-binary person was published in Growing Up Queer in Australia (Black Inc., 2019). Buy the book here or listen to the audiobook here.

My essay ‘Marriage equality is not the biggest issue affecting LGBTQ Australians’ was published in Going Postal: More Than ‘Yes’ or ‘No’ (Brow Books, 2018).

My essay ‘My Helmet’, about my struggles with my hair and identity, was published in Living and Loving in Diversity: An Anthology of Australian Multicultural Queer Adventures, the Australian GLBTIQ Multicultural Council (AGMC)’s book (Wakefield Press, 2018).

My essay ‘Sequential Dreams’ was published by Going Down Swinging in the print edition of Return Flight MEL>EDI, a cross-continental creative exchange between twenty artists and writers in Melbourne and Edinburgh, in May 2017.

I am writing a memoir about gender diversity, Jewish identity and mental illness. For enquiries about my manuscript, please get in touch here.

”Tis the Season to be Misgendered’, Grit Daily News, December 2020

‘This year Rosh Hashanah will be different, but at least I’ll be celebrating it’, SBS, 17 September 2020

‘Why we cannot be ‘progressive except for Palestine”, Overland, 20 July 2020

‘How deep is too deep’, Victorian Writer, June-September 2020

‘From gripping sagas to personal essays: Australian books for the coronavirus lockdown’, the Guardian, 2 April 2020

‘What I learned about the future from my students’, Matters Journal, Issue 4, March 2020

‘My father’s writing has nurtured me throughout my life’, SBS, 28 August 2019

‘Is the media getting the messaging right on climate change?’, Crikey, 7 June 2019

‘The down to earth candidate’, LOTL Magazine, November 2018

‘Our bodies and minds are not datasets’, Festival of Dangerous Ideas, UNSW Centre for Ideas, 7 October 2018

‘We must keep #Scomophobia out of our classrooms’, ten daily, 3 September 2018

‘We spoke to refugees on Manus about this week’s leadership mess’, Junkee, 24 August 2018

‘Being trans-exclusionary is not radical’, Meanjin, 23 January 2018

‘Men of Manus: The stories of the refugees we have left behind’, Junkee, 7 November 2017

‘The Bachelor: Understanding the attraction of watching the reality show’, Archer Magazine, September 2017

‘On physical queer identifiers and “passing” as straight’, SBS, January 2017

‘An open letter to Senator Abetz’, The Vocal, November 2016

‘The Supermoon, grief and a turbulent month’, Urban Walkabout, November 2016

‘The shy extrovert and the social media introvert’, The Vocal, September 2016

‘A personal story to highlight the ridiculous and dangerous nature of a marriage equality plebiscite’, The Vocal, August 2016

‘What AFL’s inaugural Pride Game means to me as a queer woman’, Daily Life, August 2016

‘My Helmet’, Going Down Swinging, February 2016 (republished by PRISM International, Canada, in February 2016)

Review of The Natural Way of Things, ArtsHub, February 2016

‘How to make grief less awkward: A guide to talking about death with the ones you love’, The Vocal, January 2016 (republished by Daily Life in April 2016)

‘The overlooked B in LGBTI’, The Vocal, October 2015 (republished by Everyday Feminism in May 2016)

‘Out of the closet: Two queer fashionistas explore the links between sexuality and appearance, and the pressure to ‘dress down’ for society’, Archer Magazine, Issue 3: Summer 2014/2015

Review of Destroying the Joint: Why Women Have to Change the World, ArtsHub, May 2013

Review of Dancing to the Flute, Writers Connect, Spring 2012

Review of Breasts: A Natural and Unnatural History, ArtsHub, August 2012

Review of The Rest is Weight, ArtsHub, July 2012

Review of The Dinner, ArtsHub, July 2012

Review of Dogs in Australian Art, ArtsHub, May 2012

‘Inconvenience’, BanQuet: A Feast of New Writing and Art by Australian Queer Women, 2011

‘Rurbania’, BanQuet: A Feast of New Writing and Art by Australian Queer Women, 2010 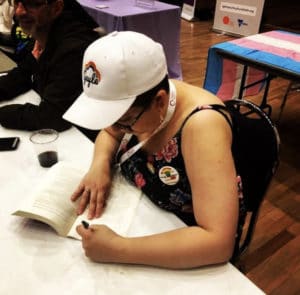 My memoir, ‘Mood’, has been longlisted for the 2020 Kill Your Darling’s Unpublished Manuscript Award.

My poem, ‘State Library Lawn’, won the Stonnington Prize for Poetry in 2016. 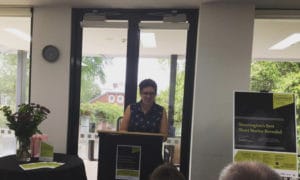 An excerpt of my memoir was shortlisted for the 2014 Scribe Nonfiction Prize.

I was longlisted for the 2016 Melbourne Polytechnic Residential Writing Fellowship.

Please contact me if you have a question, want to commission work or would like to collaborate on a project.